Portable Pilotage Units (PPUs) have been in the marine industry for many years and are fast becoming 'normal' on the bridges of ships in pilotage waters around the world. The PPU is designed to support the pilot's experience and knowledge by enhancing their situational awareness and by providing some independent and accurate empirical manoeuvring data (often independent of the vessel). Many port or pilotage authorities are now mandating the use of PPUs as part of their risk mitigation strategies for the port.

A Harbour Pilot is often viewed as an outsider to a Bridge Team yet, with their knowledge and experience of local waters, they play a vitally important role in ensuring the ship departs or arrives alongside safely. A recent incident investigation revealed that when a ship grounded in a narrow channel at night, a ship’s officer remarked “You appear to have run us aground Pilot”.  On the face of it that would appear to be the case as the ship was under the Pilot’s control. However, as we all know, the Pilot’s presence did not remove the responsibility for the safety of the vessel from the Ship’s team. The Pilot involved had embarked with a Portable Pilot Unit (PPU) but was not using it to its full capabilities. Such a system can provide a significant boost to the Bridge Team’s situational awareness by not only providing accurate positioning data but also being able to share excellent predicted positions along with useful features such as shared passage plan and up to date local navigation data. However, the effectiveness of the equipment is only as good as the skills of the operator and the operator needs to be able to exploit the capabilities of their equipment.

The utility of a PPU extends well beyond that of the pilot only. Let us consider the Port Authority and the need to ensure that port operations remain safe as well as efficient. Loss of productivity through an accident or incident in a port can have significant financial, operational or even legal consequences. Ships are getting larger and larger and their sizes are often increasing much faster than the capacity of the ports to accommodate them. So something may have to give. Either a certain size of vessel is denied entry into a port or the port adjusts its criteria and margins for that size of vessel. But how can this be done safely? The use of a PPU, which includes a highly accurate GNSS/ DGPS positioning system, will allow the pilot, master and port authorities to work within higher tolerances because they have the accurate information to support them. 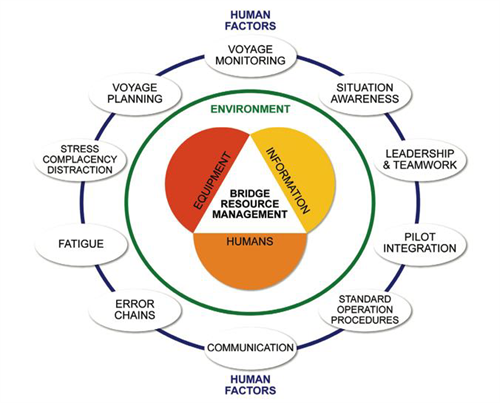 Human Factors within a BRM environment
Gooder and Griffiths (2008)

A PPU in the hands of a competent and well-trained operator can support at least five of the human factors shown in the image above: namely:

In their memorandum of 2016,[2]  the International Maritime Pilots’ Association (IMPA) has provided an excellent set of guidelines for PPU training and they remain a comprehensive blueprint for ensuring that PPU users get the most from their investment.

Pilots should be trained prior to their first use of a PPU, and they should receive supplemental instruction any time the hardware or software configuration has an appreciable change. The amount and type of training required prior to using a PPU will vary depending on many factors.

Some of the factors to be considered in determining the type and amount of training are:

Training should cover the theory behind the selected positioning device(s), an extensive hardware and software orientation, principles and use of Electronic Navigational Charts and AIS (when equipped), and integration of the equipment into the pilot’s Bridge Resource Management practices. The training should also include discussion of the potential benefits and limitations associated with PPUs.

All too often, training in the use of PPUs has been delivered in an ad-hoc manner where, typically, a single pilot has received some initial training on the equipment and is then expected to transfer that knowledge to other pilots in the team. Such an arrangement can be fraught with risk in that there can be an inherent dilution of knowledge as the training is filtered down. Additionally, a Pilot’s availability to attend training due to duty rosters, may mean that they are not be sufficiently dedicated to the whole course.

Most training has been centred on how to operate the PPU and its associated equipment. Whilst important, this had had the effect of not providing the Pilot with the best opportunity to learn how to manage and utilise the PPU effectively. 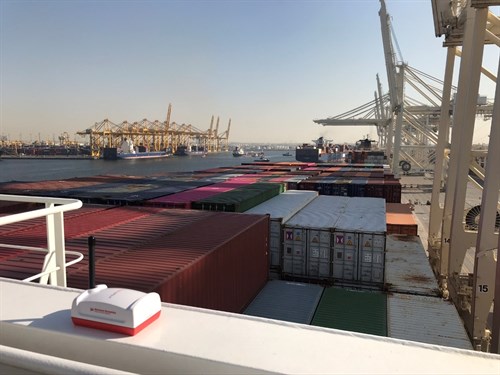 Navicom Dynamics “ChannelPilot” in use in Dubai

A New Zealand company, a leader in the development, production and use of Portable Pilot Units, is now delivering training that meets the IMPA’s aspirations. They have developed a PPU training course which not only meets the required IMPA recommendations for PPU use but also ensures that those who complete the course will use their enhanced skills to ensure safety in their area of operations. Not only has the course been developed but the delivery method has also been revised. In response to the COVID pandemic, training using ZOOM® has been undertaken throughout the year and although not as interactive as face to face tuition the sessions have been well received. 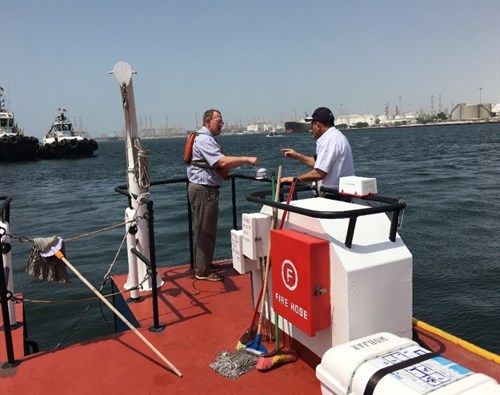 The “Foundation” course is designed to provide the Pilot with revision and deeper knowledge into Global Navigation Satellite Systems (GNSS), Electronic Navigation Charts (ENCs), Electronic Charting Software (ECS) as well as looking at a PPU as a “system” rather than a piece of equipment. Training in monitoring navigational safety and passage planning, recognising faults and troubleshooting are also covered. This provides an excellent platform for incorporating the Human Factors, especially pilot integration, which are covered in the “Intermediate” course.

Ultimately, it is envisaged that this training will form a core Continuous Professional Development (CPD) opportunity for pilots who use PPUs and wish to keep their skills up to date.

Initial and Continuous Professional Development (CPD) in the use of PPUs is essential for ensuring that pilots use their equipment to its full extent. Rather than seeing it as an additional navigation aid for the exclusive use of a pilot, a professionally operated PPU can become an essential tool in effective bridge resource management. This in turn will lead to the safe management of the port and vessels navigating within the port, which is what everyone wants!

Connect with David on LinkedIn by clicking here